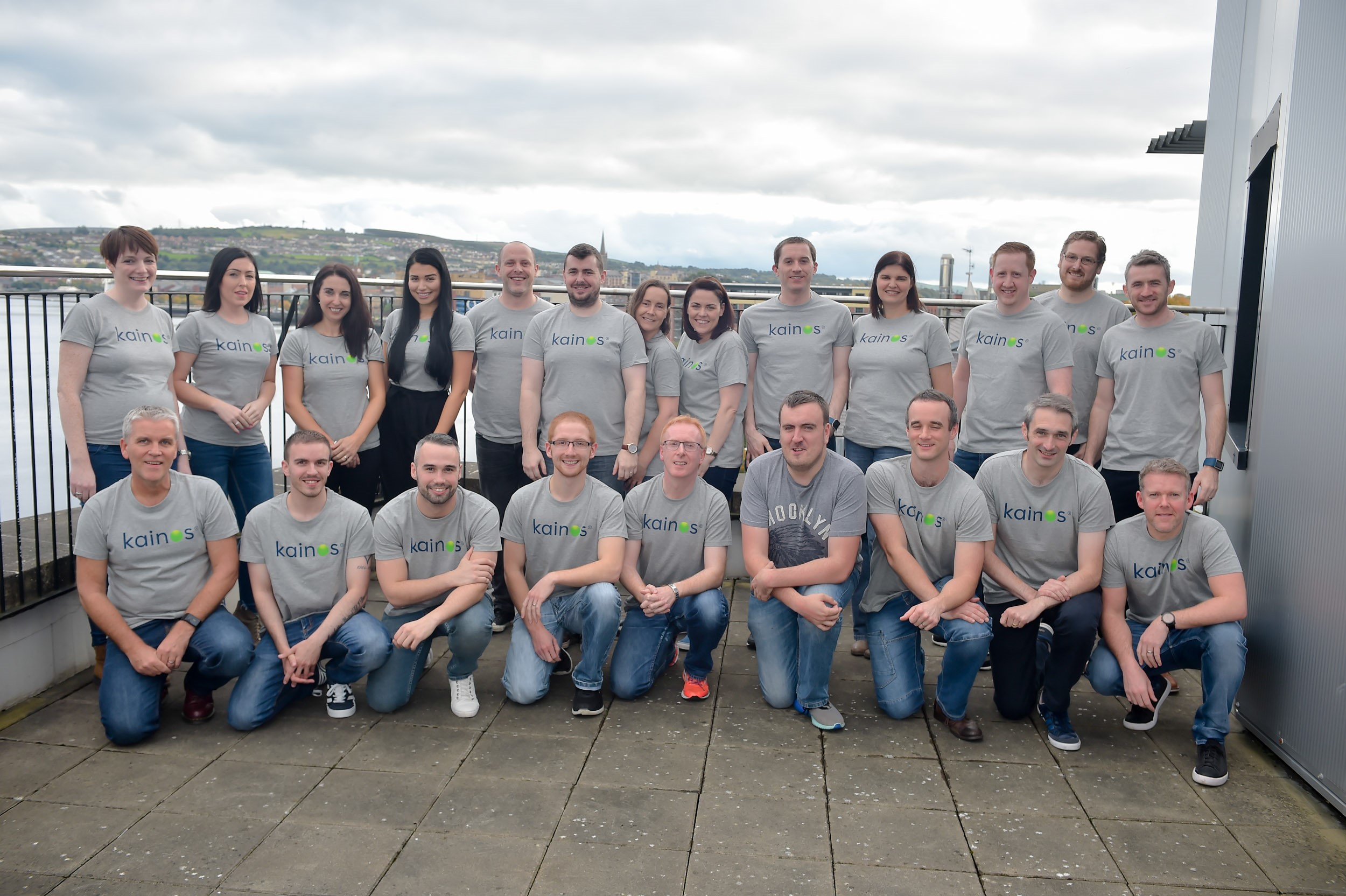 Kainos Group plc, a leading provider of digital services and platforms, is celebrating the fifth anniversary of its Derry base with the announcement that 15 high value jobs will be created.

With a current workforce of 27 people in Derry, this latest job creation initiative will result in an increase of more than 40% at the company’s Strand Road base.

This time, Kainos is looking to recruit consultants for its WorkSmart division –  a role that involves advising global organisations such as Diageo on how to implement the Workday Inc. Software-as-a-Service (SaaS) Human Capital Management and Financials product. The role requires a unique mix of technical and consulting skills, so will offer a highly rewarding career for the right candidates.  The role will also be very well remunerated, with a potential salary of up to £42,000 depending on experience, which benefits not only the individual but also the local economy.

CEO of Kainos Brendan Mooney said: “A Workday consultant performs a role that is somewhat different to the traditional IT roles in Kainos. Consultants don’t always have an engineering background. It’s a really interesting and varied role, with a clearly defined career path. The success of our digital services is built on the strength of the relationship we have with our customers, and that’s what makes this role so important.”

Kainos, which employs 1,000 people in eight offices across Europe and the USA, opened its Derry office in 2012 as part of a £10m investment.

“We’re proud of our achievements in the North West since opening five years ago and plan further growth over the next 12 months. This recruitment drive will support our ambitious European expansion strategy,” Mooney added.

Kainos will be holding a recruitment open house in its Derry office in Timber Quay from 6pm on 5th October. Details on how to attend this free event are available here.

View a typical job specification for a Workday Consultant here.

Kainos in the News